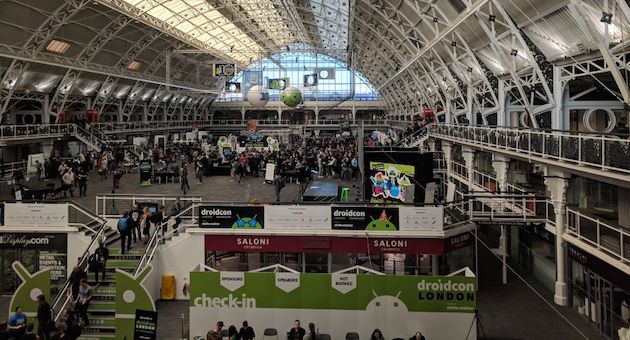 This year droidcon was celebrating its 10th anniversary with the promise of an even larger range of talks with some nice surprises – including an after party.

For what really matters, highly skilled speakers would cover very interesting subjects – Jetpack and kotlin where the prime citizens, with noticeable mentions to software architecture and code refactoring. Below you can find the ones that “caught our eye” as well as the links to watch the full talk.

Keynote – Trash Talk: The Evolution of Garbage Collection on Android

The first talk of Droidcon, was an amazing overview of the evolution of the Garbage Collection process from Dalvik to ART going through some of the features that allows us to currently have faster memory allocations. As usual, Chet Haase used his “comedy” skills to lighten up the mood, while Romain Guy explained how the Garbage Collector is now 100 times faster on Pie than on Kitkat.

One of the most interesting talks presented on Droidcon focused on the process of evaluating the compromises that need to be done when rewriting an existing Application in a timely manner. Florina Muntenescu shared some of the lessons she learned along the way and showed how she applied them in rewriting Plaid.

Moving to functional programming can result in productivity gains and better code, but required a paradigm shift. This session can help you on the process of starting to “think functional”, and more importantly, provides us added value.

Lightning Talk: Behind the Scenes Tour to the Full Rewrite of 3 High Street Mobile Banking Apps

MA really interesting talk describing the entire process of rewriting 3 Banking apps showing what it’s necessary to plan before starting and, how to maintain the process on track to accomplish what was planned.

We all know Firebase and the new Android Jetpack but seeing how to combine it to accomplish a good architecture and, app’s data fully synchronized and automatically refreshed with live updates.

In this talk was possible to understand how some basic improvements on the build script and, by keeping the Plugin updated is possible to decrease the build time in a considerable amount saving time that will be important for development tasks.

The only session marked as “advanced”, this talk pushed Dagger usage to the next level. Dagger is an well known library that aims to make dependency injection simpler.

During this workshop was possible to learn how and when to use Work Manager, the new library for deferrable background work. For now it’s still in Alpha but when in stable, it will be the recommended task scheduler on Android.

A good heads up for what to expect when updating your unit tests to Mockito 2 and avoid the most common pitfalls.

On Saturday, after the 2 days of Droidcon Sessions, droidcon2gether Community Day 2018 happened. Although Flutter Workshop was the main event, there were small groups sharing knowledge about some other topics of Interest.
On Flutter hands-on Session, Simon Lightfoot showed the Basics of Flutter and started out by hacking the Sample App of Flutter with requests from the audience while trying to explain how Flutter works and sharing some tips.
Later there was a discussion about the possible Architectures to apply on Flutter, like Vanilla, BLoC pattern, and Redux.
Tomek Polanski wrapped the Flutter Workshop with a small presentation on how to implement Redux on Flutter.
In the end, as usual on Droidcon, we grabbed some drinks and shared our thoughts about Droidcon, Droidcon2gether, and Flutter.

It definitely was a great conference. We had the chance to meet some incredible people and more important, learn with them. The knowledge we acquire during DroidCon will allow us to improve our work in various aspects and also prevent us from doing mistakes like the ones shared by other developers which can also be a huge gain for productivity. This kind of events should be a must for every developer as we grow better together than apart. Next year can’t come soon enough. 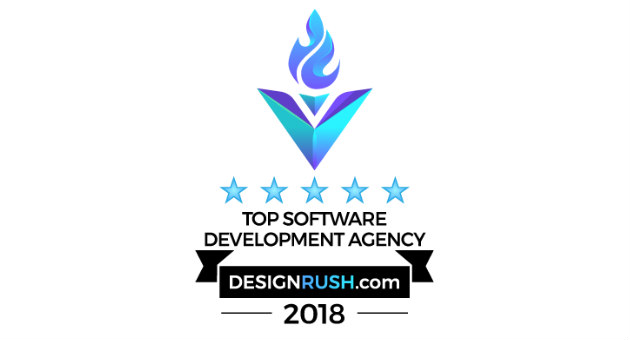 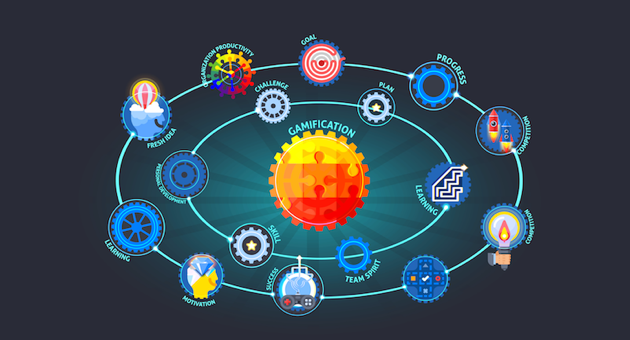