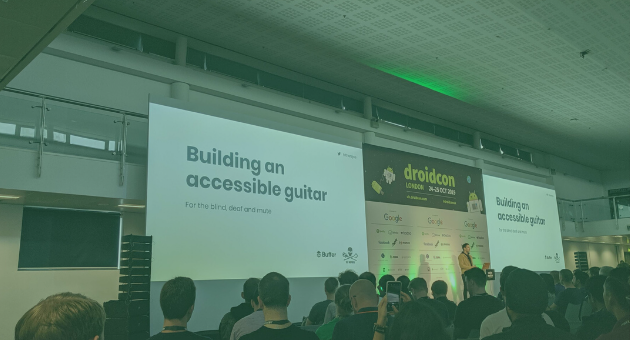 Another Year, Another droidcon UK: 2019 Edition

October is always an exciting month for us since we get to fly to London and once again, pop up at another edition of droidcon UK.

We won’t lie: this year’s edition felt a little different given the absence of the majority of Google speakers that flew off to Android Dev Summit on Mountain View, California. This resulted in an event less focused on Google’s improvements, changes and trends, to present instead, an extensive list of sessions fuelled by best practices, modularization, design, tests, and workshops about the latest libraries.

That said, we’re happy to highlight some of the talks that caught our eye and attention, in order to give you a bit of a taste of what droidcon had to offer this year!

Droidcon kicked off with Christina Lee and a very interesting analogy comparing Programmer’s performance to Athlete’s, by encouraging the establishment of similar health requirements and care for the Brainatheletes, in order to provide a good and efficient performance in the long run. Makes sense since we already sprint so much, right?

Michael Scamell had all eyes on him while showing how he brought a small Android application to life using MotionLayout, a ConstraintLayout subclass used to animate views such as buttons and images.

During the presentation, Scamell displayed the MotionScenes (xml resource files containing motion data) he worked with, along with their transitions and constraint sets for the beginning and ending of the animations.

He addressed the possibility of using keyframe sets to create more detailed animations in contrast to using simple translations from a starting to an ending point, as well as how to use attributes to change more than the position and size of the animated views.

Finally, Scamell exhibited a new GUI that can be used to develop this kind of animated layouts, successfully making the lives of developers easier, if we can say so ourselves!

As usual, Brit Barrack delivered a very engaging talk by reminding us that sharing is caring: since one of Kotlin’s goals is to work on all platforms, Brit talked us through the benefits of sharing common logic between platforms and depicts a possible approach to achieve it.

We’re positive this will be a hot topic in the near future, and based on what we’ve seen, everyone should give it a try and see how it works for them.

Lightning Talk: The Immense Benefits Of Not Thinking In Screens by Zsolt Kocsi

Zsolt Kocsi from Badoo shared his philosophy of modularizing everything, pointing out UBER RIBS as a solid framework to create reusable components, forcing these RIBs into Badoo RIBS.

Doug Stevenson’s mission is showing us how Firebase can be used to simplify the backend management (to be) used to support our Android Apps.

Doug goes deep when it comes to Cloud Functions and advises us, Android Developers, to give a chance to Typescript as the language to develop the backend. He states that Typescript is better than Javascript, being described as a syntax between Java and Kotlin. VSCode is an advised IDE to work with Typescript in a similar way as Android Studio.
We’ll surely perform some experiments and see if we’ll join Doug on his Typescript quest!

Then, it was time to get down to business with Marcin Moskala and a workshop about what’s still one of the major stars of Android conventions: Kotlin Coroutines.

Marcin introduced us to basic, yet important, coroutine concepts, while helping the attending developers solve some small exercises that followed through the day on the coroutine workshops.

Obviously, it wouldn’t be droidcon without a stand-up comedy session with Chet Haase and Romain Guy, who casually suggested that the best way to eradicate bugs would be to, you guessed it, eradicate developers for starters (we do love self-deprecating humor)!

Claudia Fernandez unveils a different way to manage grade scripts in a workshop that taught us how to convert a build gradle from Groovy to Kotlin.
Kotlin DSL brings the best out of having all properties being processed dynamically which allows us to easily give auto completeness for all properties.
And of course, Claudia couldn’t forget to share some advice on how to overcome obstacles that might appear when starting to experiment with Kotlin DSL.
Now we’re ready to tackle any challenge!

Keynote – Android: For Users And Developers by Chet Haase and Romain Guy

Chet and Romain made a second appearance to wrap up this edition of droidcon by presenting the Keynote that started off Android Dev Summit.
With a historical overview of the most recent changes and features on the latest Android versions, Chet stated that is important to encourage users so they trust the platform.
The second part of the keynote was reserved for developers – new tools, such as MotionLayout, Jetpack Compose, and other libraries, made their unsubstituted appearance in the conversation.
A quick demo of Jetpack Compose was shown to demonstrate how to build UIs from Android, as well as an overview of some of the new features of the fresh release of a Canary version 4.0 of Android Studio.

Overall, we were happy to be part of another edition of droidcon UK, this time, with a very much needed focus on modularization, tests and best practices.
We expect to see the return of Google speakers next year and couldn’t be more excited to see everyone again in 12 months.

Do you have any thoughts on this event? Share them with us: mafalda.gomes@exaud.com or join the team and fly to London next year! 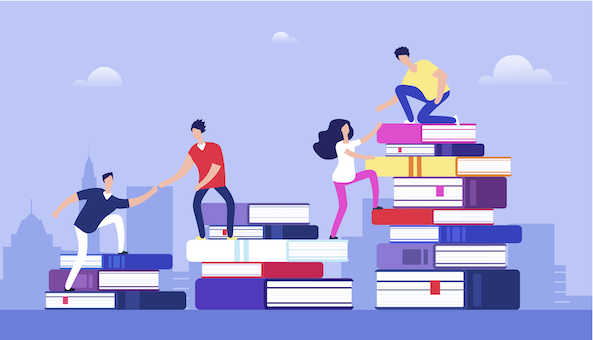 How To Survive When You’re A Full-Time Software Developer And A Part-Time Student
Next
Finding Your Perfect Match: How To Pick A Software Development Outsourcing Company 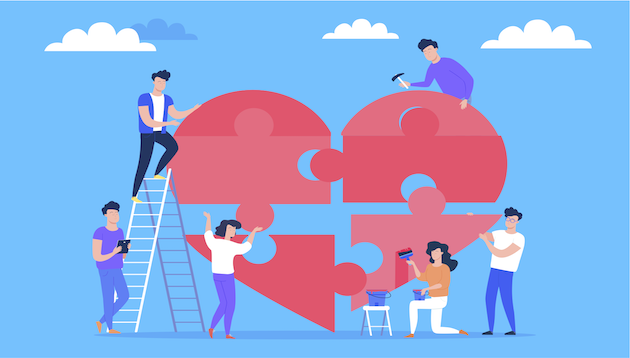