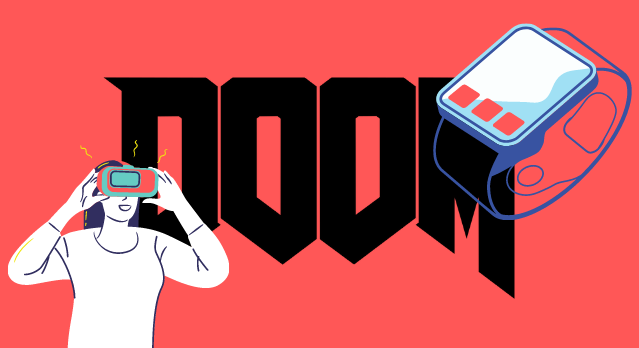 By now, you’ll probably find several articles on DOOM and the universal phenomenon of playing it on everything.

Things got even crazier last month, when a gif of DOOM being played on a pregnancy test surfaced on Twitter and Reddit. Although gamers in every corner of the Internet got really fired up, it turns out that despite being impressive, it was just a video being played back without any kind of game interaction.

Still, Foone, the infamous Doom pregnancy test programmer, decided to give it a try and make it fully functional (he used an electronic pregnancy test, please don’t expect miracles).

Our team wasn’t indifferent to the non conventional game platform and respecting the tradition of running DOOM on various appliances and gadgets, they decided to share their very own picks – we’re not doing actual experiments, just letting our imagination run wild, but who knows! 👀

I wish I could play DOOM on the front wall of Oporto’s city hall building. You know how Burj Khalifa has screens on its wall? Burj Khalifa is not Widescreen, though. I would need a really nice projector, wait for nightfall and probably a permit.

The technology already exists to project images to a building, you probably have already seen the videos of 3D projection on buildings (but if you haven’t, check this) maybe install a 4K mod (I am sure it exists), pretty much any computer and we rip and tear away. – Daniel Paiva, Junior Developer

How cool would it be to play DOOM on your car infotainment screen while safely parked, waiting for someone to arrive? I would love to do it and when I saw the Youtuber Vexal doing just that, I got pretty excited but turns out, it can’t actually be done. The car brands actually make a lot of efforts to lock their software systems for a matter of keeping the car safe, which makes total sense.

Even if you could actually get into the system, it wouldn’t be like what is shown in the video, a Windows look-a-like OS, but instead a Linux command line which would make it pretty hard to actually do what is shown on the video.

On a calculator it’s a completely different story as you can actually play DOOM on a Texas Instruments Calculator (TI-83). How cool would it be to be in a Math class and just play a bit of Doom to make it more amusing? Not that you should do it but it’s nice to have the possibility.

To make it work you will need the USB connector for the calculator, the TI Connect Software, then go Ticalc where you can find a lot of software for this kind of calculators (games too) and download the DOOM Game. After having both the TI Connect running and the calculator connected you just need to drag the game file and drop it inside the TI Connect windows and that’s it, pretty easy. For some games you may need to also install a couple of tools which are the MirageOS and the Ion so you can add those and you should be good to go.

A lot of entertainment that can actually give you more motivation to pick up your calculator. – Tiago Morais, Senior Developer 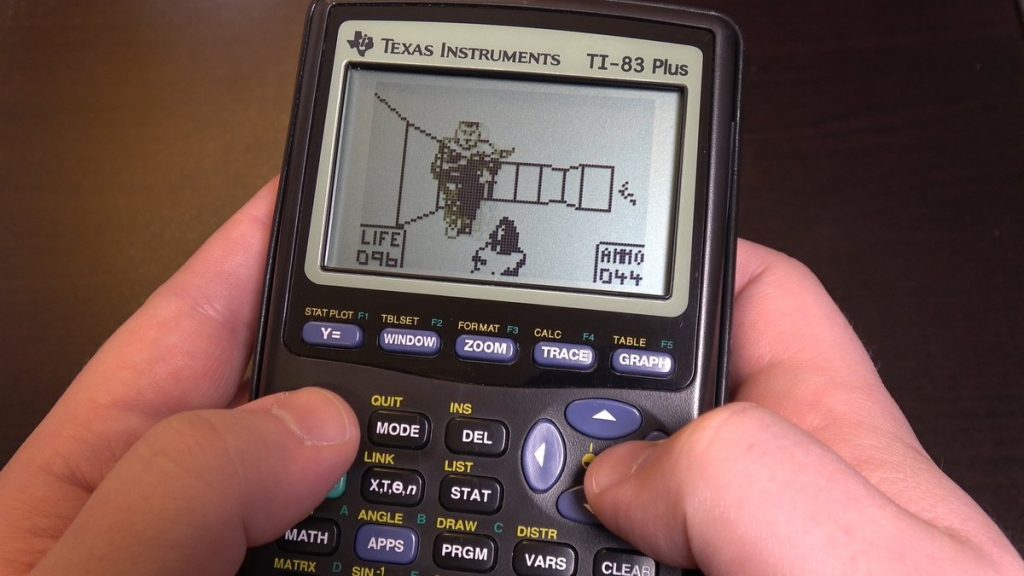 For once, instead of playing DOOM in devices with decreasing specs and user experience, I’m all for an over the top VR experience killing demons. No, I’m not talking about a game like DOOM VFR and its fancy modern graphics, I mean a full-blown nostalgia trip with 1993’s DOOM in all its pixelized glory.

Who does not want to feel what Doomguy felt trying to escape from the moons of Mars while being chased by demons who emanated from hell? And Matt Damon thought he was unlucky while planting potatoes on the red planet.

Luckily for us, there’s already an original DOOM port for Oculus Go and Oculus Quest called DoomGVR, along with another optimized port for Quest called QuestZDOOM. The latter of which allows you to add all your favorite mods and make it even bloodier. How’s that for motion sickness? – Gil Moutinho, Senior Developer

For testing this, “Original DOOM” from Eltechs can be easily installed into any Android Wear Smartwatch. Here is what it looks like:

Getting DOOM to play in a standalone device may have been a maker’s way of saying “Hello World” to each and every device they start tinkering with.

What I would love to see is a bit beyond just getting the original DOOM running and playing on a device, but casting it locally by means of a streaming scheme, akin to PS4 Now, Google Stadia, or Geforce Cloud Gaming.

We’ve reached a point where home routers and access points are not only hackable enough to get open source software booting and doing all of its original tasks (see OpenWRT, DDWRT, pfSense…), but are also shipping with multi-core ARM processors and offloading that can easily chew through the original features of DOOM and cast them to any appliance with video streaming capabilities – think Google Home, or more commonly, your Smart TV. All of them just fetching the game data from your wireless router! – Tiago Borba, Senior Developer

What about you? Where would you like to play DOOM? Do any of these ideas tickle your fancy? Let us know and send us an email at hello@exaud.com! 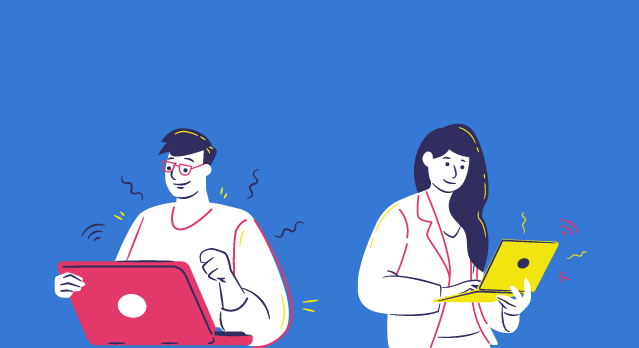