Video Games That Swept Developers Off Their Feet 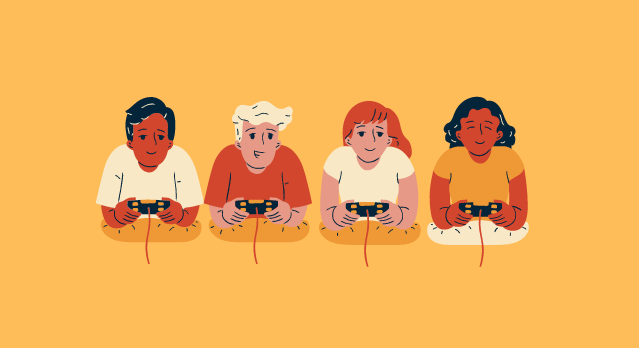 Video Games That Swept Developers Off Their Feet

Although there are a lot of remote work fans, working from home can be lonely. For some, their office hours are an opportunity to escape the crazy environment of a household full of kids and be productive without any sort of distractions. For others, being at the office is an opportunity as good as any other to socialize and even have fun.

According to Wikipedia, Video games are defined as ‘an electronic game that involves interaction with a user interface or input device – such as a joystick, controller, keyboard, or motion sensing devices, to generate visual feedback for a player’. Let’s just say that’s a fairly boring and limited description of what an actual video game can be. Video games can be groundbreaking, technically and story wise. Truly masterpieces.

We asked our developers to share their top picks with one thing in mind: video games that swept them off their feet.

Here are their personal favorites:

It should be no surprise to anyone that Dwarf Fortress makes an appearance in our list.

If somehow in the 14 years of existence, released in 2006, this game evades your grasp – allow me to explain what it is and why I think it’s amazing.
Created by a team of brothers, Zach and Tarn Adams, Dwarf Fortress is and i quote “The deepest, most intricate simulation of a world that’s ever been created”. In other words it’s the most complex sandbox game you will ever play. In it you indirectly control a group of dwarfs with the objective of creating a thriving fortress. That’s easier said than done though. You need to manage everything from the usual resources you expect all the way to the different personalities of your dwarves and their pets. You need to make sure everything is running smoothly to make sure you are prepared when bad things happen. And bad things will happen. It’s an extremely complex game that always puts you on the edge of your seat.

It’s a hard game to get into because of its high skill floor but I recommend you stick to it. And experience everything that the game will give you.

The game is free on the Bay12 Games website. I have to warn you though. It features ASCII graphics which is a turn off for some people. Thankfully there are graphical mod packs for the game.
To get a better experience I recommend installing one or simply wait for the Steam paid release that will have actual 2D graphics.

I hope I piqued your interest.
I heavily recommend you to play it at least once in your life. Just keep in mind the Dwarf Fortress community motto “Losing is fun”.

I leave you with a series of sentences from the game’s patch notes throughout the years.

. “Fixed a problem with undead passing out from strangling.”
.“Fixed a bug where animals could rent rooms.”
. “Tigerman does not have ears.”
. “Rodent man has no teeth.”
. “Serpent man can kick.”
. “Undead cat can adopt dwarf.”
. “Rodent man don’t use their new teeth to bite.”

With each passing day the situation in the Norvinsk region grows more and more complicated. Incessant warfare in Tarkov has sparked massive panic; the local population has fled the city. Tarkov is separated by unseen borders, controlled by different groups. Gain-greedy gunmen would go to any length to have their way, including the murder of civilians and direct confrontation with the two private military companies. This is Escape From Tarkov, a FPS with MMO – RPG elements. It’s meant to be realistic, hard, brutal and unforgiven. But the challenges don’t stop here. Developed in Unity by a small team called Battle State Games, this game is very ambitious. It aims not only at realistic gameplay but also graphics. The detail of the maps, player models and guns are great. If you take in consideration that the game has hundreds of guns plus modifications and a couple of locations, this fact becomes even more impressive. Every single gun has a unique set of animations and sounds for reloading, checking chamber, firing, etc. Also, the initial plan is for the game to be open world. And like a good realistic FPS it’s a must that the physics are precise. Creating good game physics for bullets speed and drop, impact damage, penetration, armor and ricochet is a challenge. And there are tons of different types of bullets. On top of that, this is an online multiplayer game. Netcode, packages, latency, player position, hit registration.. This list goes on and on. Tarkov has been in development for about 4 years now. The small team factor coupled with low budget are big challenges. But with the community support and devs persistence, the game seems to be in a good way.

If the goal is to talk about technically incredible games, we cannot forget 3 words. Little Big Planet! My dear PlayStation-less friends, if you think that this is just another platformer but with a Mario made of burlap, how deceived you are. LBP is a game where you can do virtually… everything. In addition to the game’s main story (mostly platforming but incredible nevertheless, especially in multiplayer), LBP 1, 2, and 3 have such an advanced system of level creation that it’s possible to make things that range from First-Person Shooters and Role-Playing Games, to interactive movies, inside them! And it’s not even hard!

Basically, LBP is a game that lets you create your own games within it. Granted, it’s not the first or last game to let you do this, but the way it makes the process simple, with its own logical programming system based on physical objects and affordances is incredible. And this on the “oldie” PS3! In the midst of the immense folly copies of a “Wipeout“ level that no one knows who the original creator was (if there’s even such a person), there are absolutely incredible community creations. Personally, my favorites are the horror levels. Believe me, PEGI’s fear content descriptor in the European version isn’t there just for show 😱.

S.T.A.L.K.E.R. is a franchise of games made by GSC Game World that takes loose inspiration from the movie Stalker (by Andrei Tarkovsky), which took loose inspiration from the book Roadside Picnic (by Arkady and Boris Strugatski), in all three there are Zones and Stalkers who venture into them…and that’s where the similarities end. The book is an adventure, the movie is an artsy half boring, half brilliant indiscriminate marathon, so, of course, the game had to be  unique itself. Open-world survival horror shooter with RPG elements is a fair description, but that is not what makes it stand out: The Zone is. Put very simply The Zone is the game world, it is divided in large areas and is full of mutants and other stalkers, put more specifically, it is a living and breathing world that wants to scare you and kill you at every point in your journey towards its mythical “center”, it does that with the assistance of the A-Life AI system. The idea is that the world lives on independently from the player.

Characters have two types of behaviors: offline and online, for when they are far away or close by, respectively. When “offline”, NPCs will walk through each area’s simplified navigation graph, and when “online” they will play animations and sounds, manage their inventory and move based on a more detailed version of the current area’s navigation graph, essentially simulating its life. During this “walks” NPCs might come across others and either fight or ignore each other, depending on their factions, they might even be attacked by mutants, or, if they reach their destination, they might take control of a camp from another faction or reinforce one of their own and NPCs reaction to your presence will change too, throughout the game according to your actions (did tasks for them, fought them, help them with mutant attacks…). Originally the game was to be even more complex, NPCs would complete objectives and would even try to beat the player on its main objective of getting to the center of the Zone, but they would often beat the player to crucial objectives, making the rest of the game inaccessible, so it was simplified in favor of a more fun game and focus on the player.

. A-Life: An Insight into Ambitious AI

. A Multi-tiered Level of Detail System for Game AI

If we’re talking about amazing and revolutionary games, mentioning Midtown Madness is a must. Not only was it the first car race game to have an open world instead of sticking exclusively to race tracks, with a complex traffic system and an incredibly fun multiplayer, it’s still up to this date, it’s still one of the games with the biggest support for mods to this date. It’s successor also followed its steps with physical abilities that are even more impressive, plus a heavy duty multiplayer system!

Outer Wilds is an exploration game with a lot of mysteries and puzzles that are solved by understanding the rules of the Game’s Universe.
On top of this, Outer Wilds presents a Simulation of a Solar System complete with a Physics Engine dealing with Gravity, Black Holes and Quantum Occurrences. I highly suggest this game to anyone interested in Logic Puzzles in an Exploration Game.

If you’re a gamer and a developer, would you like to come forward and share which game swept you off your feet and why? 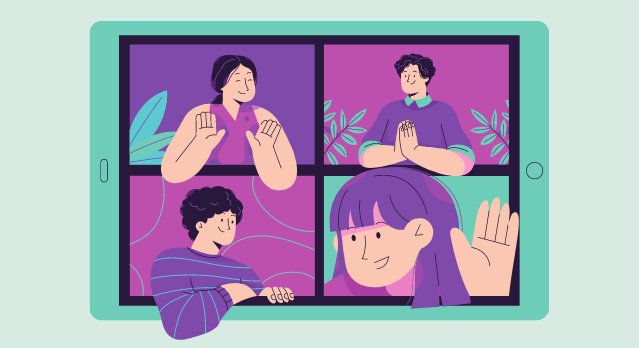 Zoom Activities For When You’re Missing Your Co-Workers
Next
Home Office VS Actual Office: Which One Is Better? 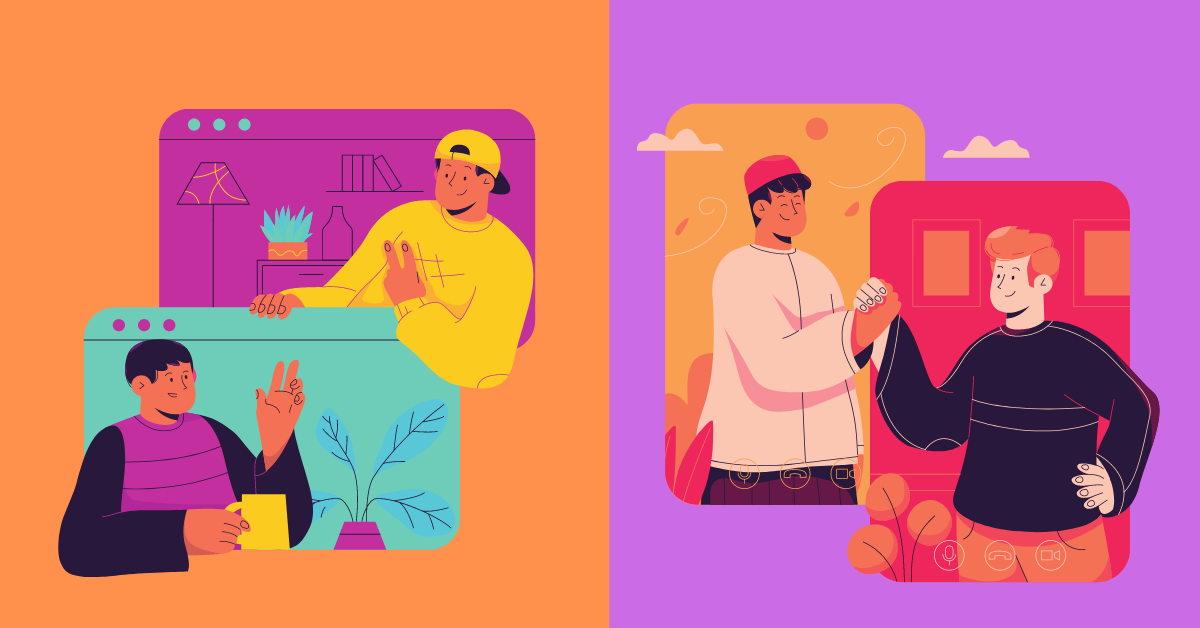