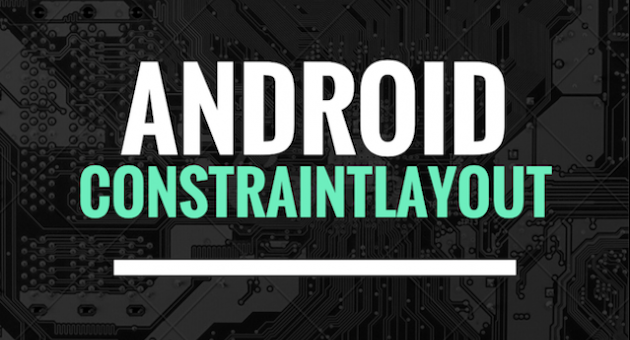 It’s no news that ConstraintLayout was the latest addition to Android’s layouts collection. It was presented at Google I/O 2016 and released last March, as version 1.0, along with Android Studio 2.3. However, I bet there are a few Android developers who, like me, have never experienced the usefulness of this powerful resource. If you’re one of them, here’s your chance.

Why I Changed My Mind

I changed my mind recently when I tried to use the Visual Editor, for the first time in probably 2 or 3 years, to create a layout by dragging and dropping Views. Although ConstraintLayout isn’t the most intuitive tool to use, after learning the basics, I quickly fell in love with it to the point of becoming an addiction.

Android ConstraintLayout is used to define a layout by assigning constraints for every child view/widget relative to other views present. It gives the easiness of visual editing of Android Studio, the powerfulness of the Constraints to organize the Views and a bunch of small features that added up, simplify the construction of complex layouts. This make us wonder when this isn’t the right tool for the job.

One of its selling point is that it uses a single instance to organize all the Views, instead of nesting LinearLayouts and/or RelativeLayouts. While this seems very nice, we must be aware that there are a few performance issues, mainly if we fall into the trap of using several ConstraintLayouts when building multiple containers. Although its performance is being constantly improved, we should consider simpler layouts, such as LinearLayout or Custom Views, when creating a simple UI.

How To Use It

Following up, I show the solution for two difficult problems that would be a headache to overcome without ConstraintLayout.

Building Layouts with Squared Views
We were all faced with UIs with squared views (photos, containers, etc.) that required to set a value on dimens.xml to be used for width and height and afterwards properly scaled for the targeted devices. If sometimes it was possible to achieve pure bliss in the the whole range of testing devices, other times the margins just took care of managing the remaining space around the squared views.

This headache is now easily solved. The property app:layout_constraintDimensionRatio ensures the View is properly scaled to the defined space and renders it with the same height as the width.

In order to create the squared effect, the app:layout_constraintDimensionRatio should have a value in the format width:height or the value of the ratio between width and height. Make sure to assign 0dp to width and height. In ConstraintLayout, 0dp means MATCH_CONSTRAINT. In this example we’re also chaining the two Views, side by side, by adding a bi-directional connection. 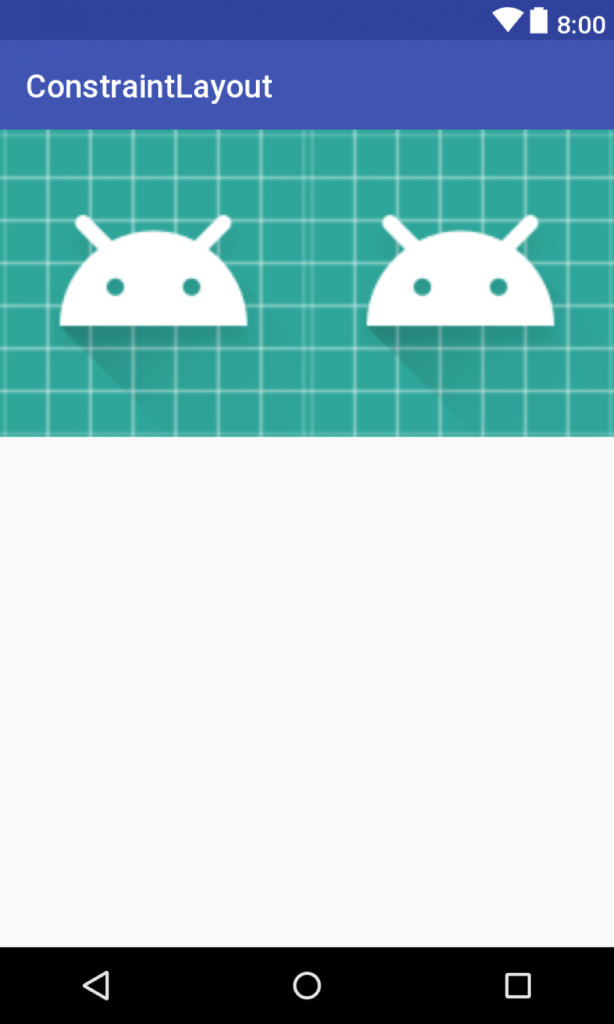 Dynamic Layouts based on ConstraintLayout
With a ConstraintLayout is possible to dynamically load a layout with Views that follow unconventional constraints. In case it is required to have a more complex UI, than what an Adapter can do in a RecyclerView, we might have ConstraintLayout ready to save the day.

In order to programmatically add Constraints between Views, we can use a ConstraintSet which will be set on the ConstraintLayout, enforcing all the required rules. In this case, I just want to mimic a RelativeLayout organization between the Views, which can be afterwards enhanced with additional Constraints using this Layout. 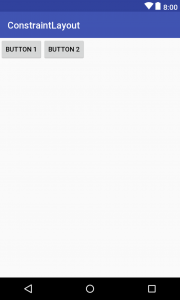 Feel free to reach me at andre[at]exaud[dot]com, I’m happy to get your feedback and further discuss this topic.